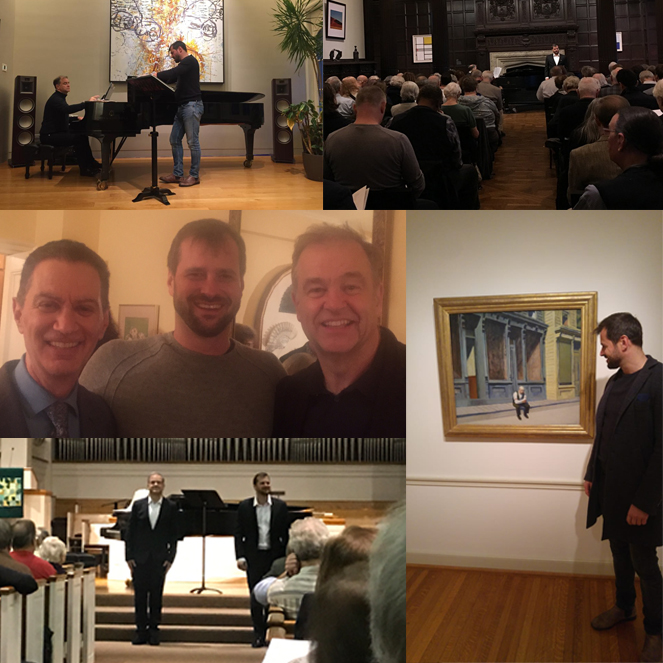 Washington Post calls Holger Falks US Debut „…the outstanding recital of the season […] an afternoon of unforgettable music“.

After having enormous pleasure and success in their recitals at the Frick Collection New York and the chambermusic society in Cleveland/Ohio, Holger Falk and Julius Drake completed their tour at the Phillips Collection in Washington DC.
Patrick Rucker writes in the Washington Post:
„Falk has an extraordinarily ﬂexible baritone, with a warm, conﬁding lower and midrange that, when called for, can go full throttle in a nanosecond. Meanwhile, in his upper range, he can ﬂoat a pianissimo that could melt the heart of the Snow Queen. His French is exquisite, and his German is that of a cultured native speaker. But more important than his beautiful voice and perfect diction, Falk is able to characterize every word so vividly that, if he were singing in Vedic Sanskrit, you’d get the message.“ (read complete review)
And Daniel Hathaway writes in the „Cleveland Classical.com“:
„Falk commands an impressive vocal instrument, and uses it completely in the service of the poetic texts. Now he’s declamatory. Now he whispers intimately to the audience. Now he ﬂoats a tone of gossamer loveliness. Now he sings with a grotesque tone (perfect for Satie’s La grenouille américaine) . He’s also an actor — and a bit of a ham — who can imitate a kazoo (Satie’s Enfant-martyre) or whistle while dancing into the aisle (Satie’s Rambouillet) . He has particular fun with Satie, and who wouldn’t.
Falk and Drake made an impressive duo, unanimous in their interpretation and impeccable in their ensemble. Like his baritone partner, Drake isn’t shy about producing what would normally be considered unmusical sounds when the text warrants it.“ (read complete review)
> Back to HOME
> To all the NEWS